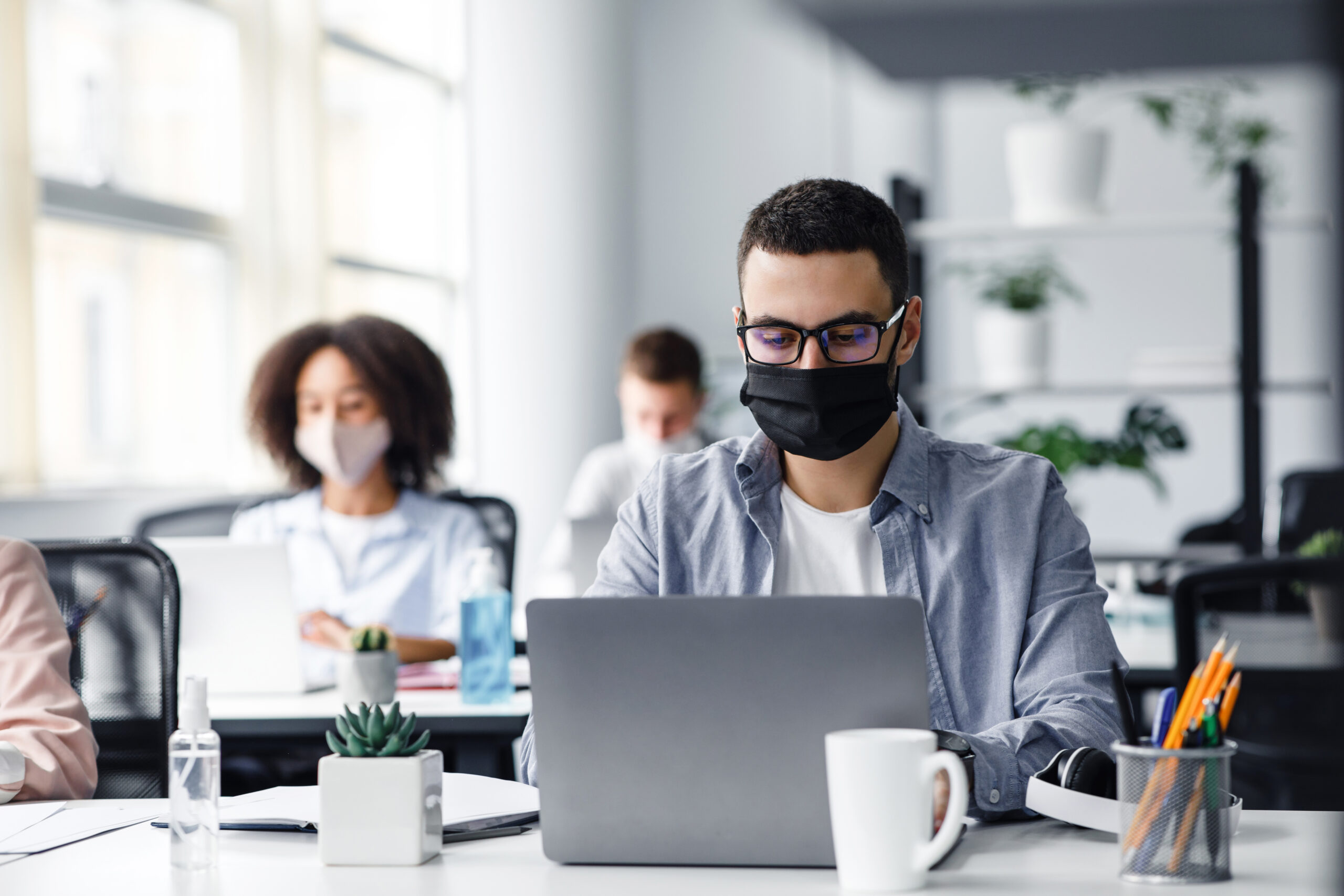 Mask mandates are coming down across the country, even as COVID cases are rising in most states. But the Biden administration appears poised to reinstate masking and other social distancing rules for recalcitrant governors — at least in the workplace. The federal Occupational Safety and Health Administration is preparing to issue new short-term regulations to protect workers from catching COVID-19 on the job, according to lawyers tracking the agency’s efforts.

They could be made public as early as this week, these lawyers say, and take effect soon after that.

Most private-sector employers in the U.S. must follow rules for workplace safety set either by OSHA or by state-run versions of the agency. OSHA and its state counterparts have received over 60,000 complaints about COVID-19 safety issues, according to the agency, but under the Trump administration, the agency refused to issue virus-specific safety regulations, known as an Emergency Temporary Standard.

Instead, a handful of states, led by Virginia, established their own temporary standards. (In 2020, OSHA did conduct inspections of 369 private workplaces for COVID-19 practices under the Occupational Safety and Health Act’s general duty clause, and levied $4.2 million in fines.)

“The federal standard is going to look a lot like the Virginia plan,” predicts Travis Vance, a Charlotte-based lawyer who co-leads the national workplace safety practice at Fisher Phillips. Virginia’s standard is less aggressive than California’s workplace COVID rules, Vance says, but stiffer than Oregon and Michigan’s.

One coalition of businesses and trade groups, organized by the Washington employment law firm Conn Maciel Carey, is advocating that the U.S. generally take Virginia as a model. “If there is going to be rule,” says partner Eric Conn, who chairs the firm’s workplace safety group, “Virginia OSHA has promulgated a flexible rule that allows employers to adjust with the evolving guidance from the C.D.C. and the scientific community, which is just as effective as the California rule, which is generally inflexible and much more onerous.”

Organized labor, for its part, pushed Virginia to adopt its rule in the first place. “They did lay out a decent standard,” says Rebecca Reindel, safety and health director for the AFL-CIO, “but it could be strengthened in many respects.” Last spring, the AFL-CIO sued the Trump Administration, unsuccessfully, to force it to issue a federal workplace safety standard for COVID.

Virginia requires employers to assess and categorize each job for the risk of exposing a worker to the disease. “If you have people on a poultry line who are standing three feet apart, that risk is higher than if you have a receptionist who has a screen in front of her and is 20 feet from anyone else,” says Vance.

Virginia’s risk categories are very high (such as performing certain medical procedures, handing lab samples from or performing autopsies on COVID patients), high (typically providing other care to COVID patients), medium (any job where a worker might come into close contact with other people), and lower (jobs with very little close contact with other people — including after physical barriers or administrative procedures are put in place to limit contact).

Employers with jobs that are medium or higher risk must follow specific policies to ensure social distancing and clean air. They must also develop written plans for how they’ll respond to an infectious disease outbreak and provide training to employees on COVID-19. Other requirements apply to all employers. For example, they have to report to the Virginia Department of Labor and Industry when three employees are infected with the virus within two weeks. And they must follow specific procedures for when infected employees can return to work.

The question now is what the details of the federal version of this scheme will look like. Vance and Conn anticipate a stringent face-covering requirement, particularly indoors. According to Conn, that “will create an interesting tension with these states like Texas, which have ended their mask mandates.” The conflicting rules will likely sow confusion, he says. “I think they’re going to have a lot of employee misconduct in places where you have mixed signals.”

One provision that will likely find its way into the U.S. OSHA standard, say Vance and Conn, that’s not in Virginia’s is a requirement to make sure employees have free access to the vaccine, by paying for their time and reimbursing their expenses. That could conflict with what seems to be the current thinking at the Equal Employment Opportunity Commission, OSHA’s sister agency in the Labor Department. EEOC recently proposed then pulled a rule that prohibited employers from offering anything but a modest incentive, like a gift card, to participate in a wellness program. Conn anticipates that President Biden and his newly confirmed labor secretary, Marty Walsh, will push the EEOC to clarify its rules to accommodate OSHA.

An OSHA spokesperson wouldn’t say whether the agency is planning to issue a standard or what it would contain. “OSHA has been working diligently, as appropriate, to consider what standards may be necessary,” the spokesperson said, “and is taking the time to get this right.” Last Tuesday, Bloomberg Law reported that Walsh told OSHA to update its analysis of the risk the disease poses to employees, but Vance and Conn believe this will not derail the standard, only delay it.

With or without a standard, OSHA has already promised invigorated enforcement of safe COVID practices — at least 1,600 inspections nationwide this year. Most of these will take place in health care, animal processing plants, restaurants, and grocers and discount retailers.

But nearly half the states have their own OSHAs, and it’s unclear what will happen in those. Both Vance and Conn believe the states among those that haven’t come up with temporary emergency standards will face pressure from the Biden administration to do so. Conn would like Washington to force those states, even Virginia, to adopt the federal standard. But it would still be up to those states to then enforce it, and several states have not made enforcing workplace safety around COVID a priority.

For example, Vance says in North Carolina, “they don’t think COVID even falls under the general duty standard. So if they adopted a standard, I don’t think they’ll aggressively enforce it.” Arizona, South Carolina, and Tennessee are similarly disinclined to enforce COVID safety protocols, he says.

A standard would likely have to stand up in court, too. Conn says his coalition could end up suing if the standard is too onerous. But even if Conn is satisfied, other interests won’t be. Last year, the U.S. Chamber of Commerce lined up business groups in opposition to the AFL-CIO’s suit.

“I do think there will be a challenge in court,” says Baruch Fellner, a longtime occupational safety lawyer in Washington who believes the standard is just an attempt by the Biden administration to curry favor with organized labor. Fellner argues that the science around COVID is not certain enough to justify a mandatory standard. Other lawyers say that if the risk of COVID to employees recedes, the emergency standard would be illegal.

“Courts have not been hospitable” to such rule makings, Fellner says. “There has never been an instance, to the best of my recollection, of an emergency temporary standard that has been approved by a court.”