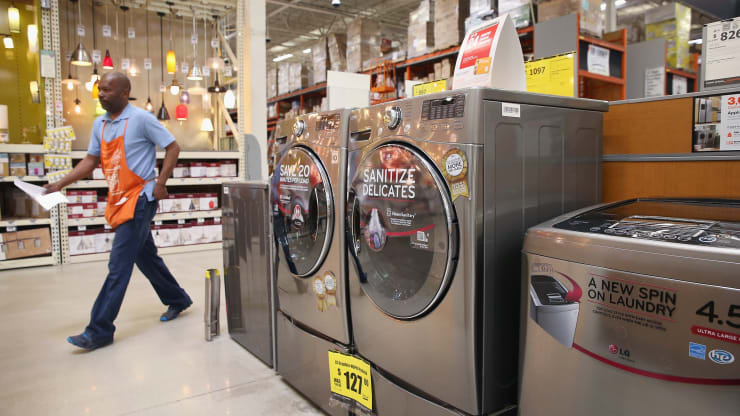 New orders for key U.S.-made capital goods increased by the most in nearly two years in June and shipments accelerated, but the gains were likely insufficient to avert the deepest plunge in business investment and economic activity since the Great Depression in the second quarter because of the COVID-19 crisis.

The improvement in manufacturing reported by the Commerce Department on Monday was driven by pent-up demand following the reopening of businesses. The budding recovery is threatened by a resurgence in new cases of the coronavirus, which has forced some authorities in the hard-hit South and West regions to either close businesses again or halt reopenings.

Orders for non-defense capital goods excluding aircraft, a closely watched proxy for business spending plans, jumped 3.3% last month, the Commerce Department said. That was the biggest increase in these so-called core capital goods orders since July 2018 and followed a 1.6% rise in May.

Shipments of core capital goods surged 3.4% last month, the biggest gain since November 2013. Core capital goods shipments are used to calculate equipment spending in the government’s gross domestic product measurement. They rose 1.6% in May and remain 3% below their February level.

Economists expect business spending on equipment contracted at as much as a 36% annualized rate in the second quarter. The anticipated record drop would lead to the fifth straight quarterly decline in overall business investment.

According to a Reuters survey of economists, GDP collapsed at a 34.1% rate last quarter, which would be the sharpest contraction in output since the government started keeping records in 1947. The economy shrank at a 5.0% pace in the January-March quarter, the deepest since the 2007-09 recession.

The government will publish its snapshot of second-quarter GDP on Thursday. The closure of nonessential businesses in mid-March to slow the spread of the coronavirus almost ground the economy to a halt, with most of the effects felt in April.

Stocks on Wall Street gained amid hopes of more stimulus and a dovish signal from the Federal Reserve to revive a battered domestic economy. Fed officials are scheduled to gather for a regular two-day policy meeting on Tuesday. The dollar fell against a basket of currencies. U.S. Treasury prices rose.

“While we doubt the economy is on the verge of a renewed contraction, we do expect the pace of recovery in the second half of the year to be far slower and bumpier,” said Michael Pearce, senior U.S. economist at Capital Economics in New York.

Orders for durable goods, items ranging from toasters to aircraft that are meant to last three years or more, increased 7.3% in June after rebounding 15.1% in May.

Boeing reported only one aircraft order last month after receiving nine in May, according to information posted on its website. The planemaker said this month customers canceled orders for 355 of its 737 Max jets in the first half of 2020, as the damage done by the jet’s grounding and the coronavirus crisis to the airline industry mounted.

Boeing’s best-selling plane has been grounded since March 2019 after two crashes in Indonesia and Ethiopia.

The increase in both core capital and durable goods orders last month mirrored recent improvements in regional factory activity. But the road to recovery for manufacturing, which accounts for 11% of the economy, will be long.