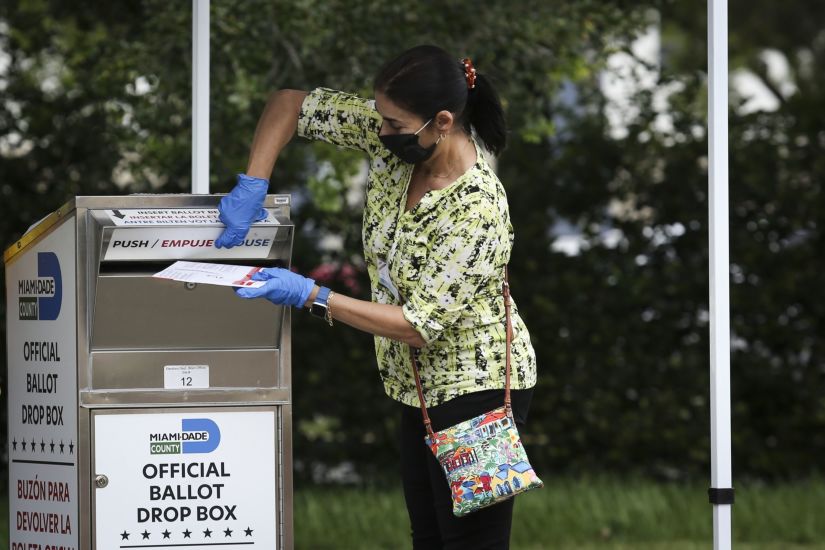 No matter where one falls on the political spectrum, the 2020 presidential election will shake up the American workforce. For employers, truly comprehending each candidate’s position may be the difference between a winning or losing workplace strategy.

Several benefit and workplace topics have emerged in the spotlight during this historic election year, including healthcare, of course, amid a once-in-a-century pandemic.

Among SHRM’s top concerns on its 2020 advocacy agenda are workforce development, employment-based immigration, paid leave, employer-provided healthcare and workplace equity. President Donald Trump and Democratic challenger and former Vice President Joe Biden have shared their strategies for some of these key issues for employers, which have caught the attention of workplace leaders.

“We all owe it to ourselves and our organizations to understand the policy issues affecting workplaces and… the real, everyday challenges impacting the workplace,” said Johnny C. Taylor, president and CEO of the Society for Human Resource Management, in a blog post.

The following is a snapshot of each candidate’s views, or how each candidate plans to tackle some of the key issues affecting employers:

Trump: On Sept. 4, the president terminated diversity training for all federal agencies.

Biden: The Democratic nominee said he believes diversity training should be encouraged and embraced.

“The fact is that there is racial insensitivity. People have to be made aware of what other people feel like, what insults them, what is demeaning to them,” Biden said during the first presidential debate. “It’s important people know. Many people don’t want to hurt other people’s feelings, but it makes a big difference. It makes a gigantic difference in the way a child is able to grow up and have a sense of self-esteem.”

Trump: In the 2021 fiscal budget, President Trump indicates he’d like to focus on lowering drug costs, ending surprise medical bills, protecting individuals with pre-existing conditions, reducing regulations, improving the transparency of healthcare costs and increasing competition among providers. He and the Republican Party also plan to roll back benefits from the Affordable Care Act, which could potentially be repealed due to the recent confirmation of Amy Coney Barrett to the Supreme Court.

“What we’d like to do is terminate it,” Trump said of the ACA during the last debate.

Biden: The Democratic nominee served as vice president under President Barack Obama when the Affordable Care Act was passed. It’s highly likely Biden will continue support of the ACA, and even extend it. He’s expressed a desire to offer a public health plan that’s similar to Medicare, but does not plan to eliminate private insurance. Biden hopes to lower prescription costs by forcing the pharmacy industry to negotiate with Medicare on prices. He also proposes increasing the value of tax credits to lower healthcare premiums.

“I think healthcare is not a privilege, it’s a right,” Biden said during the final debate.

Trump: There currently is no official plan for retirement, but the President said he’d like to pass a “very big” tax cut to help the middle-class with retirement savings, and create a plan that makes a portion of employee earnings tax-free. Trump’s administration is also brainstorming the idea of creating new, simplified retirement accounts.

“The administration is considering including a proposal known as USA accounts – which would combine and simplify all existing savings accounts that give tax breaks (401(k)s, IRAs),” a FOX Business report said in February.

Biden: The Democratic nominee’s website says, if elected, he plans to create automatic enrollment 401(k) plans for workers who don’t have access to one from their employer, or a pension plan. Biden also plans to focus on helping pass the Butch-Lewis Act, which would provide federally backed loans to underfunded multiemployer defined benefit pension plans.

“The middle class isn’t a number, it’s a value set. And, a key component of that value set is having a steady, secure income as you age so your kids won’t have to take care of you in retirement,” according to Biden’s official website. “This means not only protecting and strengthening Social Security, but also helping more middle-class families grow their savings.”

Trump: The president said his administration ended the “catch and release” policy used by border control, and plans to continue DACA restrictions. During the most recent presidential debate, Trump indicated he wanted to redesign immigration policies to be more “merit-based.”

“We let people in, but they have to come in legally,” Trump said during the last debate.

Biden: During the final presidential debate, the Democratic nominee announced plans to expand the DACA, or “Dreamers” program, which grants rights to undocumented workers who arrived in the country as children.

Biden also expressed a desire to create a wage-based allocation process for temporary foreign workers and enforcement mechanisms “to ensure [employment-based visas] are aligned with the labor market and not used to undermine wages” or “used to disincentivize recruiting U.S. workers” for in-demand occupations.

“I’ve made it very clear, within 100 days I’m going to send to the United States Congress a pathway to citizenship for over 11 million undocumented people, and all of those so-called Dreamers, those DACA kids, they’re going to be immediately certified again to be able to stay in this country and put on a path to citizenship,” Biden said in the final debate.

Trump: The President’s primary focus in regards to the pandemic is reopening the economy and schools. During the last debate, he talked about how the pandemic is hurting businesses and people’s mental health. He also suggested a vaccine would be available soon, which hasn’t been corroborated by the scientific community.

“I want to open the schools; the transmittal rate to teachers is small,” Trump said during the final debate. “People are losing their jobs, committing suicide, depression, alcohol, drugs at a level nobody has seen before. We have to open our country. The cure cannot be worse than the problem itself.”

Biden: During the final debate, Biden reiterated the importance of wearing masks and practicing social distancing. He didn’t rule out the possibility of imposing a national lockdown if COVID-19 peaks again, which could mean the nonessential workforce will be working from home longer than previously anticipated. Biden also emphasized the importance of issuing guidelines for opening businesses and schools safely to limit exposure to COVID-19.

“I will shut down the virus, and not the country,” Biden said during the last debate. “We need standards. The standard is, if you have a reproduction rate in a community above a certain level, everybody says slow up. More social distancing. Do not open bars and gymnasiums — do not open until you get this under more control.”